Hyland Edgar Driver (HED) is one the UK’s leading independent providers of landscape architecture services. Their work incorporates everything from masterplanning and urban design through to detailed design and project management. Based in Winchester and London, HED has a wide-ranging portfolio of instantly recognisable work, such as the London Olympic Stadium plazas and approaches and Heathrow Airport Terminal 5.

Laying the foundations for planned succession

As founding directors John Hyland and Simon Edgar moved towards retirement age, they began contemplating what would happen to the business once they stepped away. As with many business owners, their first thought was of a controlled trade sale.

As this option was explored however, there was a growing awareness that a trade sale would risk the values, culture and reputation of the business – attributes the company prides itself on.

Then in 2018, John and Simon became aware of employee ownership as a possible succession option. At this point that they engaged Baxendale to better understand the options available to them under an EOT.

The employee ownership model fitted their objectives and those of the employees in a number of ways. A transition to an EOT structure would allow the business to carry on functioning independently and sustainably, whilst preserving the culture and values of HED, and crucially keeping control of the types of projects they would work on in future.

This model allowed the selling founders to preserve the business they had built, whilst realising the capital value that had been built up in the company – having this paid to them out of the future profits of the company over a number of years.

Baxendale supported HED at each step along the way: from the valuation and repayment schedule to the structure and purpose of the Trust, engagement with employees and new trustees, and the production of all the required legal documents.

Founding director Simon Edgar had the following to say on the experience of transitioning to an EOT:

“John Hyland and myself  recognised that our replacement by similar individuals was unlikely and that succession strength would  lie in the creation of a board of individuals sharing a similar professional philosophy, loyal to the HED brand value, with the company’s continued existence secured as a thriving, successful and independent organisation for the benefit of all involved.

Baxendale guided us, and HED, painlessly and efficiently through the process of transformation into ownership by an EOT that fulfilled our objectives.”

This view of employee ownership is held by a growing number of businesses/practices in the sector. Established names such as Broadway Malyan, Mott McDonald and ARUP have all been owned by the employees for a number of years.

As HED take their first steps into this exciting new chapter of their history, we wish them every success in their future endeavours, safe in the knowledge that they have a sustainable and secure model to support them in doing so.

Find out more about HED’s work and Employee Ownership Trust.

Want to know more about Employee Ownership? Get in touch. 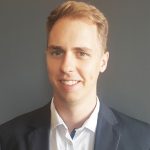 Simon Everingham
OUR BLOG
Read the latest from our blog